“Mother Jones in Heaven” – A Musical by Si Kahn (Wednesday) 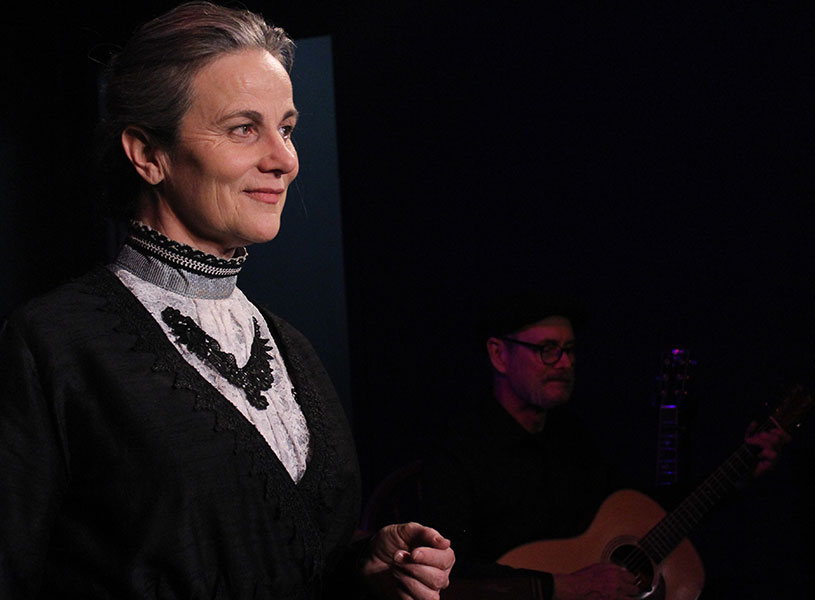 Mother Jones In Heaven - a musical by Si Kahn starring Vivian Nesbitt as “Mother” Jones, with musical accompaniment by John Dillon. Legendary labor organizer “Mother”Jones looks back over her life in story and song. Kahn's musical reveals profound insights, interwoven with hilarious tales of a hellion in her prime.

“Mother Jones in Heaven,” is underwritten through a generous grant from the MSU labor series, “Our Daily Work: Our Daily Lives.”

Author Si Kahn has worked for over fifty years as a professional civil rights, labor and community organizer and musician, touring and recording with such artists as Pete Seeger. The seven musicals for which he wrote the songs and/or script have had full productions at the Berkeley, Milwaukee and Tennessee Repertory Theatres; the Goodspeed Opera House’s Norma Terris Theatre; Piccolo Spoleto Fringe in Charleston, SC; Perseverance Theatre in Juneau, AK; Central Square Theatre in Cambridge, MA; the Warehouse Performing Arts Center in Cornelius, NC; the Subversive Theatre Collective in Buffalo, NY; and Main Stage West in Sebastopol, CA.

Known for their work on the public radio program Art of the Song heard on 120 stations across the country including WLNZ in Lansing, Nesbitt and Dillon skillfully set the pace for Si Kahn’s musical featuring original book and thirteen of Kahn’s songs. John’s musical skills are highlighted on his handmade guitars and harmony vocals. Nesbitt is an accomplished actress and has been seen on Breaking Bad, The Night Shift, Manhattan, Longmire, Law & Order: SVU, and is fresh off a production of King Lear and her own solo show The Bark & The Tree that was a Best of the Fest Encore at United Solo Off Broadway in NYC.

“Anyone with even an inkling of interest in the history of the American labor movement, or just American history, should see Mother Jones In Heaven. Vivian Nesbitt’s dramatic embodiment of “Mother” Jones had me transfixed from start to finish. The musical interludes only heighten the dramatic quality of the play. A thoroughly enjoyable experience.” Doug Born, Pres. Southern Maine Labor Council/Treasurer Maine Chapter AFL-CIO, IATSE member.