The huge Community Sing will be (only) on Friday night.

A three-act Folk Festival will take place on Saturday night.

There will be a total of ten singing and non-singing workshops on Saturday afternoon.

Mark Dvorak will give the annual Children’s Concert at 11 am on Saturday.

Minnesota’s Dan Chouinard (Sha-nard) is one of the very best song leaders, anywhere. Period. AND – he is hysterical!  We are delighted Dan will make his third trip to the Festival to lead us in song! 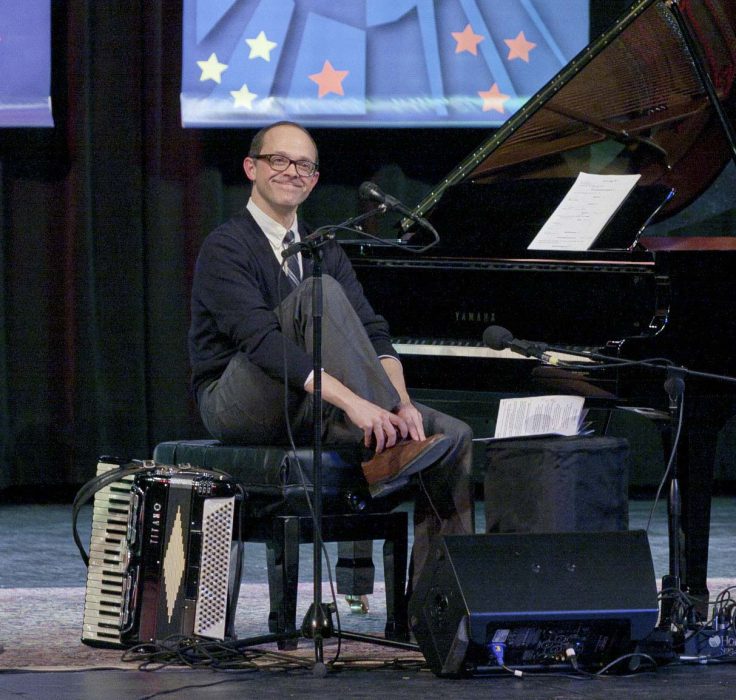 Don’t miss singing with the piano, having a ball singing both chestnuts and popular songs you forgot you knew! All done with style and wit. Treat yourself and share an evening with a very, very funny and talented musician, and song leader, Dan Chouinard.

A pianist, accordionist and storyteller, Dan plays, tours and records regularly with an ever-expanding roster of musicians and writers.

Dan regularly creates special programs which blend storytelling, interview and music, many of these for Minnesota Public Radio. Two shows, “Cafe Europa” (2005, 2008) and “Mambo Italiano” (2006) have been aired on Twin Cities public televison and broadcast statewide on MPR, as have his frequent radio collaborations with Ann Reed, Peter Ostroushko and Patricia Hampl.

From the early 1990s until January 2007 he was assistant director of music at the Church of St. Joan of Arc in Minneapolis where he helped build the church’s reputation for musical quality and eclecticism. He continues as music advisor and co-producer of the SJA Concert Series.

For nearly three decades Dan Chouinard has been pianist and accordionist for a long and distinguished roster of artists that includes Maria Jette, Prudence Johnson, Peter Ostroushko, Kevin Kling, and Philip Brunelle and Vocalessence. He’s appeared all across the upper Midwest and turns up occasionally on Garrison Keillor’s “A Prairie Home Companion.“ 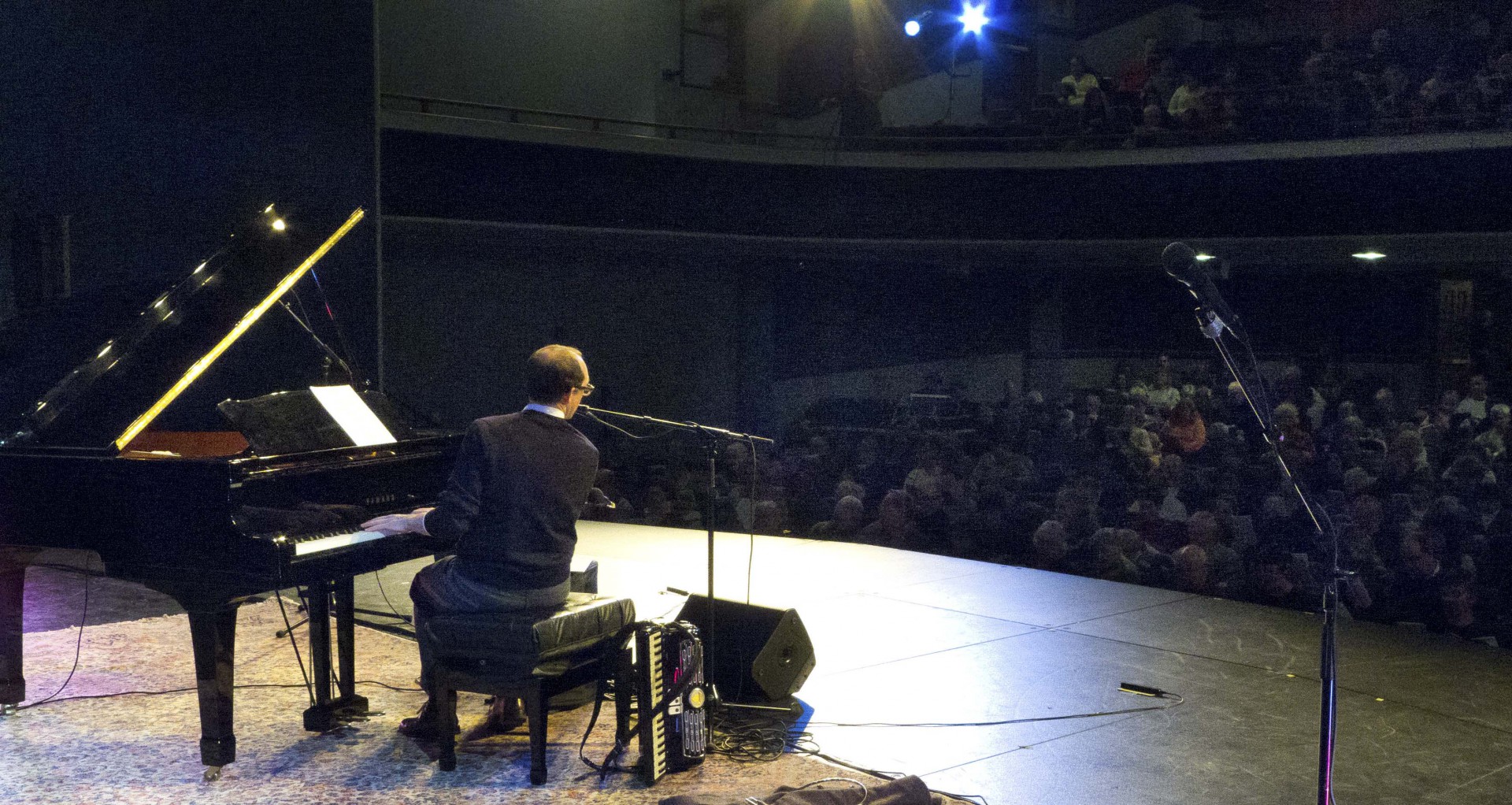 In 1994 he created the acclaimed weekly radio series “The Singer’s Voice,” broadcast live Sunday nights from the Dakota Jazz Club, then in St. Paul, hosting song-laced conversation from the piano with a different singer each week, some 200 in the six years of the show’s tenure.

As a writer and host he’s often asked to create special live programs for Minnesota Public Radio, the MN Historical Society, the Rose Ensemble and others. His show Civil War Homecoming played at the Fitzgerald Theater in March, was broadcast on MPR in April, and televised in November on Twin Cities Public Television.

Last year his show Steerage Song was on tour throughout Minnesota, a show co-authored with Peter Rothstein about the Ellis Island era of immigration to the US, depicted in folk songs, newspaper clippings and Tin Pan Alley tunes. In 2014 his show Cafe Europa was broadcast statewide, about bicycling with an accordion from Naples to Normandy in search of Minnesota WWII stories.

As a writer his work has been published in Minnesota Monthly, Saint John’s Magazine, the Minnesota Orchestra’s Showcase magazine and in the Minneapolis StarTribune.

He’s traveled extensively in France and Italy, with bicycle and without, and has presented French and Italian sing-alongs at the Alliance Française in Minneapolis. This past summer he spent two months working in Italy on an independent Hollywood film to be released early next year, a movie with the working title, Smitten!

He grew up in a big musical family near Lindstrom MN, attended St. John’s University in Collegeville MN and spent four years as a teacher of French and Italian as a graduate student at the University of Minnesota.