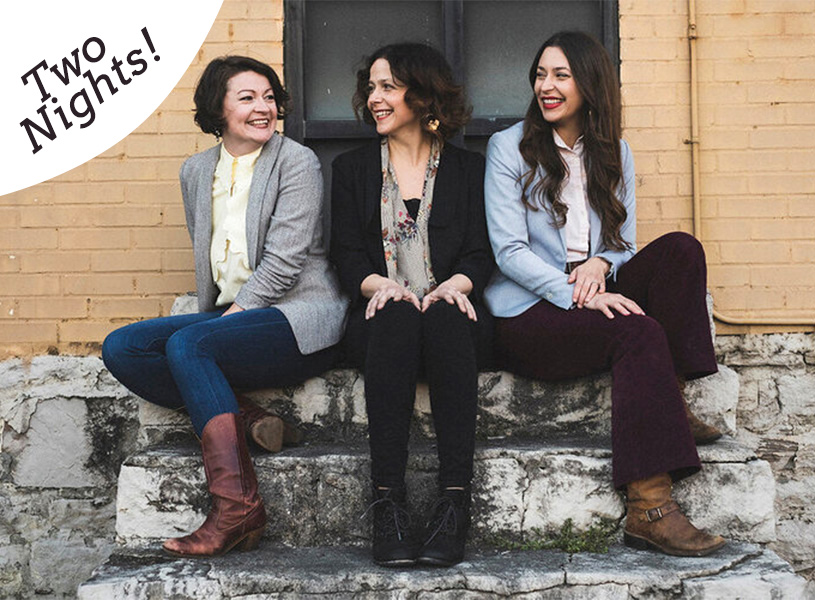 New Date: SATURDAY, May 7 (one show only). Michigan's favorite songbirds Rachael Davis, Lindsay Lou, and May Erlewine, return to the Fiddle for TWO NIGHTS (Thursday & Friday) of the organic vocal harmonies and seamlessly interwoven instrumentation that leaves listeners breathless.

Click here to view the rescheduled event and buy tickets.

If the whole is greater than the sum of its parts, then The Sweet Water Warblers are no exception.
The Sweet Water Warblers came together in 2014, for a single performance at the Hoxeyville Music Festival upon request by the promoter. From the beginning, there was a unique connection between the three artists, a bond forged by a mutual passion for social change and expansion of the soul through music. Each of the ladies’ brought with them a regarded solo career within the Americana and roots worlds, and with them individual perspectives on traditional music. Whether it was the gospel and soul-laced melodies uncovered in Davis’ music, the Appalachian folk and country-leaning ballads belted out by Erlewine, or the versatile country soul and bluegrass roots of Lou’s band it was clear from the beginning that the culmination of their talents would be unparalleled.