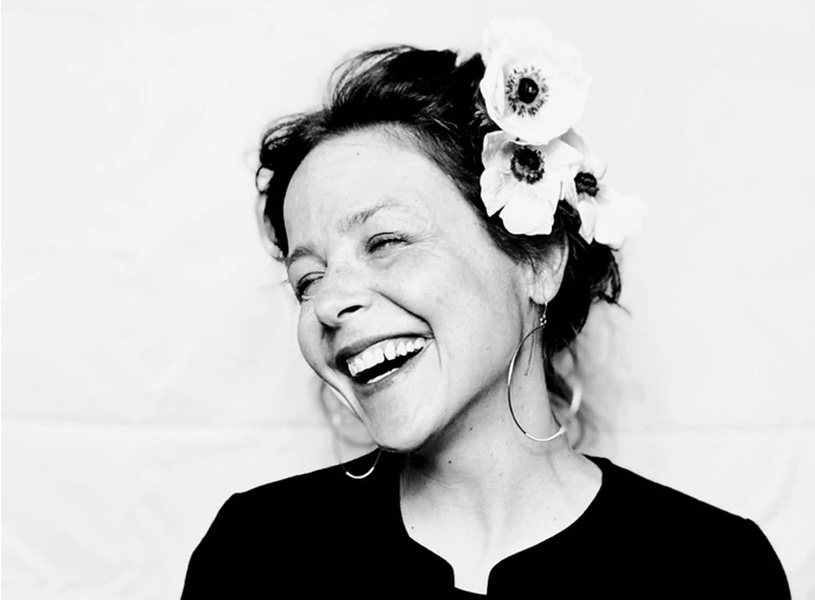 Michigan's May Erlewine returns to the Fiddle to give a rare solo performance. Don't miss this opportunity to experience wonderful songs penned by this marvelous singer.
"May Erlewine has the sort of soul-baring voice that moves the Alan Lomaxes of the world to abandon the ivory tower for the back roads of rural America." - The Harvard Independent

May Erlewine has split her heart wide open and hasn’t hidden any of the contents from view.

One of the Midwest’s most prolific and passionate songwriters, Erlewine has a gift for writing songs of substance that feel both fresh and soulfully familiar. Her ability to emotionally engage with an audience has earned her a dedicated following far beyond her Michigan roots. She shows us her heartbreak, but she also shows us her empowered and emboldened spirit. In her quest to find her most authentic self, Erlewine gifts each listener with a powerful, emotional experience that immediately connects us.

​Raised in a home full of art and music, Erlewine began writing songs at a very young age. As a teenager she hitchhiked across the country, honing her skills as a performer and absorbing the kind of stories and landscapes that would inform her music. Her songs show a very real connection and concern with everyday folk. In the following years, Erlewine would perform in every kind of venue imaginable, from street corners to festival stages to the live airwaves of A Prairie Home Companion.

​Erlewine draws from a wide variety of influences to create her sound. Lyrically, her songs are rooted in hard-wrought wisdom, joy and sorrow, simplicity, and stories from her own everyday experiences. Musically, these messages are wrapped up in traditional folk roots, Americana, old-time country swing, soul, and even rock and pop sensibilities. As a live performer, she is just as magnetic playing solo acoustic songs at a living room house concert as she is when supported by her carefully chosen backing bands.

With a long list of full-length albums, two EPs, and numerous collaborations, Erlewine’s catalog is proof of her creative power. Her work has been spotlighted by Rolling Stone and NBC’s The Voice. National acts who have covered her songs include Greensky Bluegrass, Railroad Earth, Sawyer Fredericks (Season 8 winner of The Voice), Joshua Davis (Season 8 finalist of The Voice), Lindsay Lou & The Flatbellys, and others.​

Erlewine uses her music as a platform for positive change. She considers her job a service-oriented one and carries the torch of the folk-singer activist. Her voice on stage encourages connectedness and stresses the importance of environmental advocacy, social justice, creative empowerment and community building as necessary work for all of us.

Erlewine’s music has touched people all over the world. Her words have held solace for weary hearts, offered a light in the darkness, and held space for the pain and joy of being alive in these times. She is a true artist, an anthem, and another example of why we need to listen to women. We need to hear these stories. When she starts to sing, there’s no way around it: The time is now.