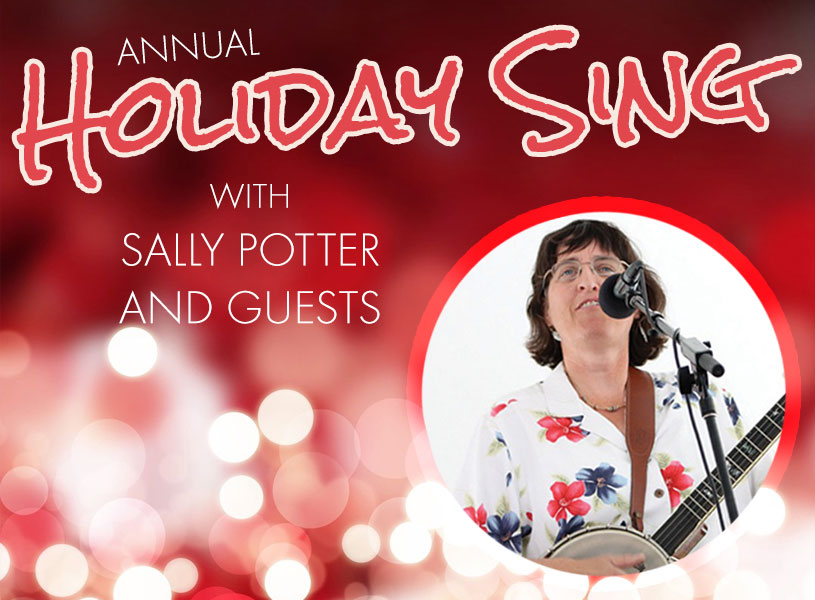 This archived recording is a mix of material included in the 2009 and 2011 Holiday Sings. Guest artists include musicians Doug Berch, Kitty Donohoe, Wanda Degen, Linda Abar, and poet Bob Rentchler. Special thanks to Matt Watroba for editing and hosting all of this season’s online programs.

For those who want to sing along with this recording, the following set lists can help singers find song lyrics via quick google searches.

This recording features a very special reading of Dylan Thomas’ “A Child’s Christmas in Wales,” read by the late Bob Rentchler, a superb interpreter of the written word. (48:00 – 59:07) 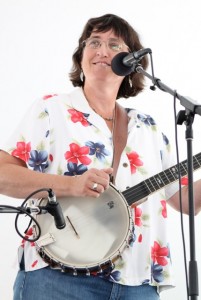 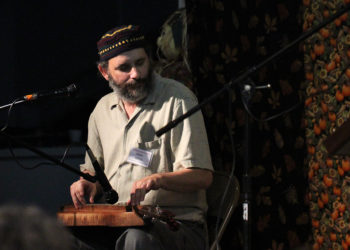 By day, luthier Doug Berch makes mountain dulcimers in Haslett, Michigan.
By night, multi-instrumentalist Doug Berch can be found on stage and in the studio, playing a wide variety of styles. He has been performing, teaching and making dulcimers since the mid 1970’s. During the 1980’s, he toured throughout the United States and performed at many folk festivals, dulcimer festivals and concert venues. He recorded two solo recordings for Kicking Mule Records.
In 1983, Doug took first place in both the National Hammered Dulcimer Championship and the National Mountain Dulcimer Championship in Winfield, Kansas.
In the early 1990’s, he recorded a tune he composed on hammered dulcimer called, “Ocean of Wisdom” that has been performed and recorded by several other hammered dulcimer players. His work appears on dozens of albums and soundtracks as a support musician. For ten years, he performed, recorded and toured with the Celtic ensemble, Colcannon, and taught at The Swallow Hill School of Music in Denver. “Musically I am inspired by the traditional music of the world, the rock and roll I grew up with and anything else that comes along,” Doug says.
Doug has added hammered dulcimer pieces, stories and inspired commentary to the annual Holiday Sing for 10 years.
www.dougberch.com

Michigan Emmy award-winning songwriter Kitty Donohoe was born into a large, creative family outside of Detroit and has been ‘making up’ songs for as long as she can remember. Describing her music as ‘folky, bluesy, Irishy, American, Canadianish’, she draws from her roots to create music that is uniquely her own ~ music that’s ‘haunting, melodic and literate’ ~ All Music Guide. With a love of language, an innate sense of melody, and the soul of a storyteller, she backs herself on piano, guitar and cittern with equal finesse, but she sees these skills as mostly providing the foundation for the music she writes, both songs and instrumentals. ‘Kitty creates a glorious sound’ ~ Sing Out.  Kitty’s latest CD, ‘The Irishman’s Daughter’, combines her original pieces with some traditional music and is getting great reviews. ‘Kitty is making a name for herself in Irish America and you can see why from the high quality of the work here.‘ Irish Music Magazine. Singing her songs with a ‘soaring voice’ (Victory Music Review) she often performs solo, but can ramp it up when joined by Canadian Len Wallace on accordion, Luke Panning on fiddle, or ‘uber multi-instrumentalist’ David Mosher on pretty much everything else. In 2002 Kitty was awarded an Emmy for her 9/11 song ‘There Are No Words’, which led to it’s use in a film and an appearance at the Pentagon for the dedication of the Pentagon 9/11 Memorial. 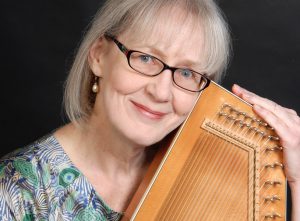 Wanda Degen is a professional folk musician with over 35 years experience, educating and entertaining audiences all over her home state of Michigan and as far away as Ireland, Norway, & Canada. Her appearances in the U.S. include Colorado, Illinois, Indiana, Kansas, Minnesota, Ohio, Pennsylvania, Virginia & Wisconsin. She was born and raised in the small town of Montague, Michigan, nestled along the shores of Lake Michigan, and moved to East Lansing to attend Michigan State University as a young woman. She has called the Lansing-area home ever since.

Wanda has performed in several “all-girl” groups over the years: Wanda & the Whippets, Lady of the Lake and The Troublesome Lasses. In the fall of 2013, Lady of the Lake celebrated their 30th anniversary with a reunion concert at the Ten Pound Fiddle Concert Series.

In early 2013, Wanda began a musical partnership with Kay Rinker O’Neil who adds guitar, flute & voice to Wanda’s dulcimers, autoharps & vocals. The duo is called The Catbird Seat and is known for their sweet harmonies and lively blending of ancient tunes & contemporary songs drawn from a repertoire of Celtic, Folk, Great Lakes, & early Pop music.

Bringing passion and innovation to her career as a singer, songwriter and teacher, Linda Abar has found expression in a uniquely individual, stylized melding of her varied musical background. Linda agilely performs folk, jazz and classical, drawing imaginatively on elements of Celtic and New Age. The result is an intuitive blend of the varied music she has followed in her lifetime of study and performance.

As a music instructor, Linda has made many discoveries studying body mechanics through Alexander Technique, Yoga and Pilates. She teaches a natural way of singing that can be used for any musical style. Intuitive and innovative in her approach, she applies her individualized instruction to draw out the creative potential of each student, addressing the mental and emotional aspects of becoming an artist and performer.

Linda began offering voice lessons as a college student and eventually opened Howling Dogs Music Studio where she now offers private instruction. She a music specialist for the Montessori Children’s House of Lansing, and she has taught elementary music in Catholic schools. Many of her students have gone on to professional careers in music.

Lindas Tip Jar: Paypal to lasongstress5@yahoo.com or use the link on this page.